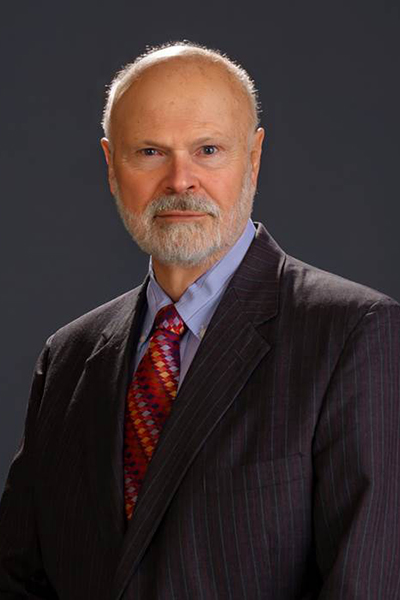 Since entering private practice in 1995, John has used his grasp of the law and the state and federal justice systems—as well as his political and media skills—to successfully handle a myriad of legal matters.

John's career in private practice came on the heels of his successful work during 25 years in public law as a United States Attorney for the Western District in Michigan in Grand Rapids, a senior official in the U.S. Justice Department in Washington, D.C. and a county prosecuting attorney.

He was the principal attorney in several representative cases, including Souter v. Jones (2005, Sixth U.S. Circuit Court of Appeals) and Michigan v. Payne (1973, U.S. Supreme Court).  In addition to his public and private practice, John has taught legal classes and seminars in the United States and Europe. He has been a professor every year since 2001 at the Czech-Slovak Legal Institute in the Czech Republic.

John has helped to improve the delivery of services to children throughout the country.  He is also known as “The Father of Weed and Seed” for developing that federal program while working with the US Attorney General at the Department of Justice in Washington, D.C.  Weed and Seed was a pioneering two-pronged effort to revitalize America’s neighborhoods.  At the same time, a neighborhood would work with the assistance of federal, state and local law enforcement to prevent, control and reduce crime, drug-abuse and violence, as well as the citizens’ oppression by organized gangs, (Weeding) and following that, promote the development of healthy, prosperous neighborhoods where the good citizens there are aided by schools, foundations, businesses, labor, churches and government at all levels in choosing and developing their own future (Seeding).  More than 250 Weed and Seed sites ranging in size from several neighborhood blocks to 15 square miles have been established under the program.

On the political side, John has been active in politics and was nominated twice by the state Republican Party for the elected position of Michigan Attorney General.

Listen to John Smietanka's weekly radio program originating in Michigan’s Great Southwest, With Respect. It is a discussion program with respect for the guests and the listeners, on Sundays at 11:00 AM and Thursdays at 10:00 AM on WRHC 106.7 FM and WRHZ 93.5 FM, (streamed at those times on www.radioharborcountry.org) and on Saturday and Sunday at 6:00 AM on WSJM 94.9 FM (streamed at those times on www.wsjm.com).

Click here for a list of, and to to listen to, podcasts of John's weekly radio program, With Respect.

Recognized as a "Lawyer of the Year" for 2005 by Michigan Lawyers Weekly for his exemplary efforts to free a wrongly convicted man from prison, 2006

Committee on Establishing a Law Office, memberCommittee on the United States Courts, member

The Wasteful Case Against Ibrahim Parlak, The New Yorker